Beauty Tips, Mosquitos and Grubs- All in one Post

I’ve been thinking about doing a post on natural beauty care. But to be honest it would be a super short post! My “beauty routine” is almost laughable. No fancy products or special treatments. In fact, I only use 2 products. Partly out of frugality and partly out of efficiency.

I used to do the ‘no poo’ method for shampoo but last summer, while on vacation, I used Dr. Bronners as shampoo and loved it. That is now my shampoo and body wash. For my face I do a gentle dry rub with an old diaper and then use coconut oil followed by warm water. That is all.

So I guess the question is what is your beauty routine?

I’m thinking about this especially after this week’s chapters from Nutrition and Physical Degeneration by Dr. Weston A. Price.  One of this week’s chapters is on African Tribes. Dr. Price mentions the “beauty” habits of different tribes. Bangles and bracelets and perforating their ears to wear metal ornaments (a custom that seems to be popular once again).

I find it interesting to think about how different societies view beauty in different ways. And how that may change as the years pass.  Reading the Little House on the Prairie books Laura mentions the corsets that they wore and how Pa was able to put his hands around Ma’s waist.  And of course, I remember my own days of big hair brought on by ozone depleting hairspray and a blow dryer.  Seriously, why didn’t anyone tell me that was really NOT a good look?

On to this weeks chapters from Nutrition and Physical Degeneration.

Whew. Reading about the conditions encountered while Dr. Price was studying this area was interesting. The diseases and pests 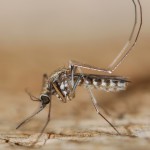 were abundant. Dr. Price was very careful about the foods they ate and the water they drank due to dysentery. There were chiggers and malaria carrying mosquitoes. It was quite normal for non-natives to become quite ill and have to leave the area.  But for the primitive people that lived there, they had developed an immunity to many of the problems that was passed on their offspring.

Even with these peoples immunity to the local calamities, they were still susceptible to the degeneration brought on by a modern diet.

“It is of great significance that we studied six tribes in which there appeared to be not a single tooth attacked by dental caries nor a single malformed dental arch. Several other tribes were found with nearly complete immunity to dental caries. In thirteen tribes we did not meet a single individual with irregular teeth. Where the members of these same tribes had adopted modern civilization many cases of tooth decay were found. In the next generation following the adoption of the European dietaries dental arch deformities frequently developed.”

Dr. Price was impressed with the knowledge of the people he encountered. One of the tribes studied by Dr. Price, the Masai, cared for their livestock with great skill. This included performing operations.  Their food depended on milk, meat and blood and some vegetables and fruit. One thing that was mentioned that a tribe did was to bleed a steer at regular intervals. This blood is given in daily rations to the children and pregnant or lactating women.

This chapter is really rich on the details of the various tribes encountered.  Dr. Price, as always, is very good at describing the people he meets as far as stature and attitude.   And as discovered in other areas that has access to modern foods, the changes were evident.

“As in our civilization, even the first generation, after the adoption  of modernized foods may show gross deformities. … the extreme protrusion of  the upper teeth with shortening of the lower jaw… and the  marked narrowing with lengthening of the face…”

“Primitive native races of eastern and central Africa have in their native state a very high immunity to dental caries, ranging from 0 to less than 1 per cent of the teeth affected for many of the tribes. Where modernized, however, the incidence increased to 12.1 per cent.”

Depending on where the tribe lived, the foods they consumed varied according to availability. Once again we discovered that some tribes had special feeding for girls before marriage to allow them to gain nutrition prior to child birth.

As always, very rich details on the lifestyle and physical attributes of the native people.  Dr. Price studied the Australian Aborigines in 1936. He stated that the “Aborigines are credited with having the most primitive type of skeletal development of any race living today.”  Dr. Price goes on to describe the skill and prowess of these people in hunting and tracking.  And we have a little more ‘beauty’ talk regarding the decorating their body with paints and from the pictures, I believe something like tattoos or decorative scarring.

As evidenced with other native cultures that Dr. Price studied, the dental issues were very low while on their native diet. But once modern foods are added in, dental issues and other degenerative diseases become apparent.

The cook on the government boat was an aboriginal Australian from Northern Australia. He had been trained on a military craft as a dietitian. Nearly all his teeth were lost. It is of interest that while the native Aborigines had relatively perfect teeth, this man who was a trained dietitian for the whites had lost nearly all his teeth from tooth decay and pyorrhea.”

Definitely and interesting comparison in these two paragraphs which illustrates perfectly Dr. Price’s findings.  The selection below was something else I found interest, and sad.

“An interesting incident was brought to my attention in one of the Australian reservations where the food was practically all supplied by the government. I was told by the director in charge, and in further detail by the other officials, that a number of native babies had become ill while nursing from their mothers. Some had died. By changing the nutrition to a condensed whole milk product, the babies recovered. When placed back on their mother’s breast food they again became ill. The problem was: Why was not their mothers’ milk adequate? I was later told by the director of a condition that had developed in the pen of the reservation’s hogs which were kept to use up the scraps and garbage from the reservation’s kitchens. He reported that one after another the hogs went down with a type of paralysis and could not get up.

The symptoms were suggestively like vitamin A deficiency in both the babies and the hogs, and indicated the treatment.    The rapid degeneration of the Australian Aborigines after the adoption of the government’s modern foods provides a demonstration that should be infinitely more convincing than animal experimentation. It should be a matter not only of concern but deep alarm that human beings can degenerate physically so rapidly by the use of a certain type of nutrition, particularly the dietary products used so generally by modern civilization.”

One other section I found very interesting was regarding a grandmother who had not recently given birth but was able to nurse her grandchild after the mother died. She made an ointment out of some insects body (it is not mentioned what insect) then rubbed the ointment on her nipples and soon produced milk. Amazing.

So what do the native Aborigines eat?

“The foods available for these people are exceedingly limited in variety and quantity, due to the absence of rains, and unfertility of the soil. For plant foods they used roots, stems, leaves, berries and seeds of grasses and a native pea eaten with tissues of large and small animals. The large animals available are the kangaroo and wallaby. Among the small animals they have a variety of rodents, insects, beetles and grubs, and wherever available various forms of animal life from the rivers and oceans. Birds and birds’ eggs are used where available. They are able to balance their rations to provide the requisites for splendid body building and body repair.”

Grubs. I wondered when we would get to the people that eat grubs. My husband likes to tell me about how grubs can keep us alive. I think he does it more for the ewww factor than anything but obviously, he is correct.

I have to admit, the chapter on Africa was full of details and was alot to keep straight. I almost thought it should be divided into several chapters because of the vast differences on diet and people depending on where Dr. Price was. It was a chapter that I had to spend quite a bit of time on to really understand it. And I probably should have spent even more than I did.  I do really like how so many of the peoples put special emphasis on the nutrition of women of child bearing age and the children.

Please share your thoughts on Chapters 9 and 10 in the comments. And don’t forget to share your beauty routine/tips. 🙂

Millie Copper is a Wyoming wife and mama. After reading Nourishing Traditions in early 2009, her family began transforming their diet to whole, unprocessed, nutrient dense foods—a little at a time while stretching their food dollars. Millie is passionate to share how, with a little creativity, anyone can transition to a real foods diet without overwhelming their food budget. Millie began blogging in late 2009 and has amassed a collection of frugal recipes and methods. Her specialties include cooking with wild game and creating “Stretchy Beans”. Discovering a love of writing, she has penned four books focusing on healthy eating on a budget and is trying her hand at fiction writing. Learn more at MillieCopper.com.
0
Previous Post
Next Post 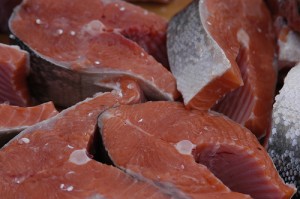 Living “off the Land” 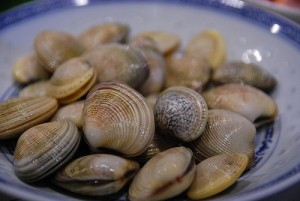 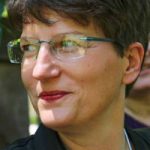 2 weeks of real food based on the thrifty food plan budget guidelines developed by the USDA. These are recipes and tips for actual nutritious and thrifty meals.

When you request this free eBook, you’ll automatically be added to our email newsletter.
You can unsubscribe at any time. No hard feelings. 🙂