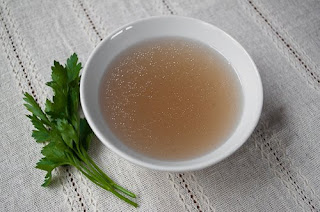 How the Day Went…Woke up early to get ready to leave for town. Wasn’t really ready to get up but felt fine. Joe however, woke up feeling not well. His jaws still hurt and he is very tired. Also reported not feeling hungry at all. One of the nice things about doing this Intro now as part of a Challenge is that Cara has been sending emails out with tips and suggestions. One email talks about ketosis and the symptoms. Joe’s symptoms sound like ketosis (maybe, I’m not a doctor so….). We’ve been eating lots of squash and onions in hopes of keeping our carbs up. I finally convinced Joe that maybe he needed a few more carbs so he reluctantly ate some applesauce. His breakfast was stew meat (beef and antelope), butternut squash, tomato and pepper soup. I had to leave early but when I saw him a few hours later he said he felt better but not great. So I’m really wondering if it is ketosis or die off or something else. We added egg yolk yesterday is it a reaction to that?

Since I left the house early I took food with me. Sliced roast beef and a thermos of the same soup Joe had. That along with water was enough to get me through working a couple of hours, going to the dentist and running errands. We finally returned home around 1:30. I had broth with egg yolk and leftover acorn squash. A bit later I had some pieces of lamb that I had cooking in the pot for dinner.

For dinner, I found some lamb necks in the freezer that I had bought a few months ago. Those were cooked in water over simmer all afternoon. About 20 minutes before dinner I brought it up to a boil and added meatballs based on this recipe (but adapted a bit by using fresh mint, onion and salt only for seasoning and boiling instead of baking). Chopping up the fresh mint, I was almost giddy with excitement. The mint smelled amazing. I have a ton of mint left so I need to find some ways to use it (Suggestions are welcome!). Along with the meatball/lamb dish, we had broccoli and leftover butternut squash cubes that had cooked in the crock pot with an antelope roast yesterday. Last night we did a Sensitivity Test for yogurt and with neither of us having a reaction we added that in today. The GAPS book says to start with 1 teaspoon per day when introducing dairy (yogurt) when there has been a reaction. But not how much to start with when there is zero reaction so we winged it and started with about a tablespoon each over our meatballs. So good!
We had a before bed snack of beef broth with egg yolk. I ended up only having half the amount I had planned on since Christopher (2 yo) asked for a bite and loved it so he helped me eat it.
Joe reported that he felt better about mid-day. He denies that it could be any food reaction (especially not to egg yolk) and thinks he is just tired and a little stressed from work. I do wonder if he would admit to having any issues with adding in a new food. I know that he is especially excited to have fried eggs back in his diet. This morning he seems well but a little tired. I woke up feeling good but do have a bit of a headache that started yesterday afternoon. My sinuses feel a little plugged. I think it is season related as opposed to food related since I started having sinus issues shortly after we moved to Wyoming.

Menu Planning
I have been seriously challenged with my menu planning during this GAPS adventure. In my normal day to day cooking I have come to rely on a weekly menu plan (at least for dinner) in order to keep us on budget and eating how we should. I set out doing GAPS the same way; with a menu plan to follow. By the end of Day 1, that wasn’t working. The amounts of food that we are eating make it very difficult to have a full plan in place. What I think will last for two or even three meals is being devoured in one.

My menu planning now is happening each night. I decide what kind of a meat we either have cooked or in the freezer and then figure out what kind of soup I’ll make for breakfast. And I’m throwing all of my old ideas out the window for what works in a soup and what doesn’t. I’m combining meats, putting in veggies I’d never thought of using in soup before and just totally winging it. Most have been very tasty. We are in Stage 2 now so I’m adding in fresh herbs which I’m hopeful will add a new dimension to our soups. I hate to admit to rarely cooking with fresh herbs so this is a new thing for me.

I do try to have dinner planned out for a few nights ahead. When I shopped today I picked up things thinking about how they could be made. Joe loves stuffed peppers and the eBook What Can I Eat Now? 30 Days on GAPS Introduction Diethas a Stage 2 stuffed pepper recipe that I’ll be making in the next few days.

Overall, it is going well. Having a few aids like the eBook mentioned above and many wonderful internet resources and blogs who have done this before and shared their experiences and ideas really helps. Jenny at Nourished Kitchen sent out her newsletter the other day with a GAPS focus. She linked to this article with resources and did a wonderful article on GAPS. Cheeseslave is currently doing GAPS Introduction and shares some of her food days and links to her food journal. A few other blogs that have been very helpful to me; GAPS Guide, GAPS Diet Journey, Yolk, Kefir and Gristle, and of course Health, Home & Happiness.
I do have to say though that the biggest help has been the book that this is all based on, Gut and Psychology Syndrome by Dr. Natasha Campbell-McBride. Originally I thought maybe I could do this without the book since it is on the spendy side but I do not think that would have been smart. There is so much more detail in the book and the reasoning behind what we are doing. I actually go back to the book several times per day to re-read and make sure I am understanding. The way the Stages are laid out in the book is a bit different than any internet reading (close to this but still worded different). Definitely a must have and worth every penny.
Photo Credit: Joana Hard on Flickr