Just over two years ago we started to slowly change from a Standard American Diet (SAD) to a Real/Whole/Traditional foods diet. Our changes were slow and deliberate which helped with our budget and the additional amount of kitchen time needed when ‘slow’ cooking. One huge benefit of changing our diet was alleviating symptoms of Irritable Bowel Syndrome (IBS) in several family members including myself. With our dietary changes being slow the symptoms subsided gradually until one day I realized that I felt terrific. It had been so many years since I didn’t have a tummy ache that feeling good surprised me.

I guess after awhile I started taking feeling good for granted and decided that I now had a ‘cast iron’ stomach and could put whatever I wanted into it without any issues. Not true. I started to pay attention to my body and discovered that SAD foods were affecting me in not good ways. I especially noticed issues with unsoaked breads so making a deliberate effort to avoid SAD breads and grains was necessary. I thought this would be enough. It hasn’t been.

I’m not sure what has happened to me but something has changed in my body. I suspect that it might have been a result of burning the candle at both ends over the summer. For the past six to eight weeks I have been miserable. Foods that I used to have zero problem with now bother me. In fact, I have no idea what I can eat that isn’t going to be an issue. Soaked baked oatmeal which has always been a favorite of mine (and never a problem for me) caused me to double over in pain and feel extremely bloated for a day and a half. Sourdough bread will sometimes cause similar issues and sometimes not. Sometimes meat bothers me or veggies or fruit. There are days that I avoid eating until I absolutely have to because I don’t want my stomach to hurt. I often have a head ache and body aches and general fatigue. I’ve even been wondering if I might have a little bit of a depression going on. I feel pretty much just blah and tired on a regular basis lacking the energy or desire to do the things I need to do. Some days I find myself wondering why I’m bothering with a real/traditional/whole foods diet if I’m going to feel just as bad as I did on a SAD diet.

I think that a big truth of it is, I’ve been not nearly as diligent with my real food diet as I should have been. Working over the summer gave me lots of excuses to not pay attention to what I was eating (what my entire family was eating). We had more ‘disposable’ income and could eat out more often (lets be honest, the money wasn’t disposable I was just too tired to cook and felt I ‘deserved’ a night off) plus I took many more kitchen short cuts. I stopped making breads and usually bought them at our new health food store in town. In fact, I started buying several convenience items at the health food store. Possibly a few convenience items or eating out on occasion would have been okay but the combination of everything was not good.

I finished my temp job on August 19. I figured it would be super easy just to go back to preparing foods in the way I had been and all would be well. It hasn’t been. While I’ve been cooking more and back to eating like we used to, it seems that I’m not noticing any improvements in the way I feel. So here I am feeling pretty awful and discouraged. Feeling so tired many days that the last thing I want to do is spend time in the kitchen. I’m very grateful for sourdough no knead bread and my crock pot plus the other short cuts I’ve learned over the last few years of real food cooking. But I can’t go on this way. I loved feeling good. I want my health back.

In an effort to get myself feeling good again, I’m going to join Cara and 400 others for a 30 day GAPS Intro Challenge. The challenge starts on October 1. I have to admit that I started researching GAPS several months ago when I was preparing for a Weston A. Price Foundation meeting here in town. I thought it sounded good but for other people. Certainly not something I would ever need. But the more I learn about it the more I think it may be exactly what I need. In my online searches many people refer to GAPS as a way to ‘hit the reset button’ plus I believe that the intro will be a great way for me to get back into good habits of food preparation. Sort of a way to start over again. I’m actually finding myself excited about this. And Joe, my husband, listened to my excitement and the benefits and decided to do the challenge with me. 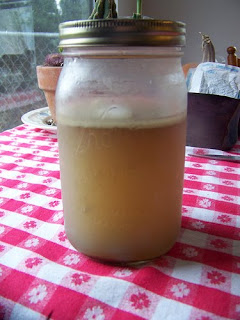 GAPS and especiallythe Introduction diet focuses on real foods like broth to promote healing. Broth has been a regular item in my kitchen since we started this real food journey (it was one of the first things I made) but hasn’t had the star status that GAPS will give it. 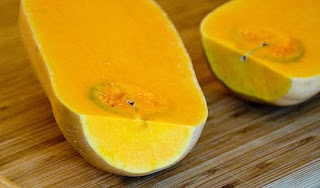 GAPS recommended foods also include lots of non fibrous vegetables from the beginning of introduction and the addition of nuts and fruits. Cultured dairy is also allowed in GAPS. 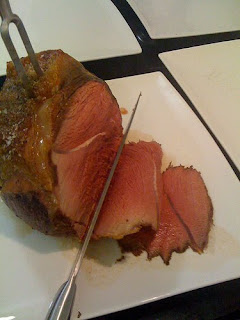 Photo Credit: fifikins on Flickr
Meats are also a big focus on GAPS. This was what ‘sold’ my husband on GAPS. He was a fan of Atkins before we married. He lost a ton of weight on it and stayed on it for several years. He loved Atkins for the amount of meat he could eat on it. This challenge comes at a good time for us with our freezer being near full of game (venison and antelope) and home grown chickens. We’ll also order a bit extra beef this month to go along with our Beef CSA that we participate in each month.
This week I’ll be preparing for the challenge. I have the GAPS book on order and also purchased the eBook What Can I Eat Now; 30 Days on GAPS Intro Handbook from Cara at Health, Home and Happiness. I’m also using tips from Stephanie at Keeper of the Home and Baden at GAPS Guide to prepare. With my feeling so yucky lately I think I’ll need to gear up for this and prepare as much as I can in advance. I have to admit that I’m concerned about the ‘die off’ that I keep reading about. I really don’t want to feel any worse than I currently am feeling. I love the suggestion of the Detox Baths and actually look forward to an excuse to have a daily bath 🙂 The Intro Handbook (linked above) actually has the detox bath reminder as part of the daily food plan to help make it easy to remember.
Introduction starts on Saturday (October 1). So far I have beef broth and shredded beef in the freezer. I have sauerkraut on hand but will make a second batch later in the week. I bought a few extra veggies to prepare and freeze and will pick up the rest on my errand day this week (Thursday). I have a package each of duck and chicken fat out of the freezer thawing to be rendered tomorrow. Yesterday we replaced our food processor (I broke ours several months ago) and bought a few kitchen things that I’d been needing to add but had been putting off. We also picked up a couple of food thermoses for Joe to take with him to work.
So I guess we are close to ready. Now if I could just find the energy that I used to have to help me with the preparation I’d be a happy girl.
Are you familiar with GAPS? Have you tried intro? Any tips or advice for us?