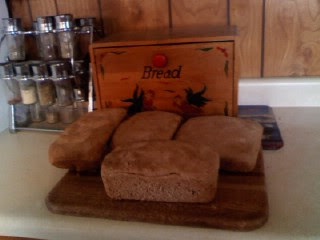 From August of 2009 until February of 2011, Wardeh from GNOWFGLINS hosted a weekly blog carnival known as Tuesday Twister. The purpose of the carnival was to share through words and pictures what was ‘twisting’ in our real food kitchens. I really enjoyed participating in Tuesday Twister and found incredible inspiration seeing what others were doing in their real food kitchens. I also have to admit that sharing in the Twister kept me excited about trying new things in the kitchen. I stopped participating before the Twister ended due to camera woes but I continued to read others posts and still find inspiration.

I thought that it would be fun this week to have my own ‘twister’ of sorts. I have found myself needing new inspiration in the kitchen the past several months. Last summer when things were super busy I was barely treading water and kitchen inspiration was gone. Then I felt so sick often that I didn’t want to do anything extra. Doing GAPS intro in October brought me back to the kitchen and trying new things. Since that time I have some weeks where my family gets lots of extra goodies and some weeks where we just have the basic foods for survival (I might be exaggerating a little bit but not too much). My camera woes continue (I’ve tried two camera’s since my good one bit the dust and so far do not have one that does well with food pics) so pictures are out.

While I did share our menu plan for last week, there were a few things that I made in addition to it.

A couple of new things that I had never made before;

Soaked corn: One thing that I purchased last summer was dent corn. I thought this would be a great addition to our food storage and I really want to make ‘healthy’ corn tortillas. I’ve made corn tortillas plenty using masa. Making them from the beginning, I was hoping to get a fresher product plus be positive of the ingredients. Especially since corn is a common GMO product. Azure Standard sells organic corn which shouldn’t be GMO (there is also the possibility of cross contamination with so many crops being GMO but that’s another story). This week my menu planned begged to have the addition of corn bread, I decided to go ahead and do soaked corn and make corn bread. I followed these instructions for soaking the corn and the part two instructions for grinding the corn. I then used the wet soaked and ground corn in my regular corn bread recipe but adding only about half the usual amount of liquid. It was wonderful! I only used half of the ground corn and put the other half in the fridge. The remaining half will be hoecakes to go along with tonight’s dinner.

Breakfast Cereal: Cold breakfast cereal is something we stopped eating a couple of years ago. Boxed breakfast cereal is junk and you would be better off eating the box it comes in rather than the cereal itself. We don’t really miss cereal any longer and enjoy lots of other tasty breakfast items but I was intrigued when I found this post and video from Sarah, The Healthy Home Economist. I decided to give it a try. The recipe is simple but does have several steps and has some hands off time involved with soaking the flour and then drying the ‘cereal’. The end result was very good. It is somewhat like grapenuts. Joe and Kiki really liked it. I hate to admit that I got heartburn afterwards but suspect that is because I’m really not yet ready to be eating much in the way of grains. Next time I might try the grain free version.

Revisited Items: These are items I’ve made before but are not regular additions to our kitchen.

I wanted to make a treat this week and remembered these Peanut Butter Cups (I actually first heard of these in the Tuesday Twister, see what I mean about great inspiration). I make mine with double chocolate. Meaning I make the chocolate layer and use the whole thing in the bottom of an 8×8 square pan–so I guess mine are really bars instead of cups. Then the peanut butter layer and then I make a second batch of the chocolate layer to top it off. YUM!

Sourdough crackers: These are something that I’ve made several times but it has been awhile. The version I made was from the GNOWFGLINS Sourdough eCourse. I made a double batch and then divided it in half doing one half ‘plain’ with only sea salt sprinkled on top and the second half with rosemary and garlic powder added in and then salt sprinkled. While I can’t share the eCourse recipe with you, here is a sourdough cracker that I have made before- read the comments for a soaking option.

Cheeses: To top our crackers I made two cheeses this week. A soft cheese and a kefir cheese. Very good.

There are several items that are standard to our kitchen. This week we made sourdough bread, kombucha, water kefir, dairy kefir and yogurt.

Did you try anything new this week? Any revisited items? What are your standard food additions that you repeat time after time?